Low Testosterone Dramatically Increases the Risk of Depression in Men 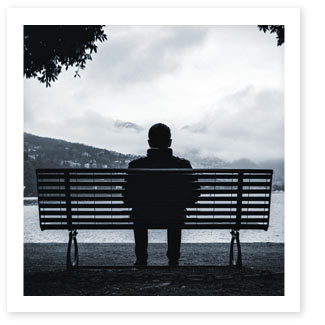 According to new research published in the Journal for Sexual Health, men with low testosterone levels (Low T) are more likely to suffer from depression. The study found that men who were referred to a hormone specialist for treatment of low testosterone had much higher rates of depression than their peers in the general population. More than half of men seeing a doctor showed symptoms of depression.

The study involved 200 men, aged 20 to 77, who had been referred to a hormone specialist for borderline low testosterone. Researchers took into account the study subjects’ medical histories, medications used, demographic data and Low T symptoms.

They also checked for a previous diagnosis of depression or past use of antidepressants. Results of the study found that 56% of the subjects had depression or depressive symptoms.

In an article for the Daily Mail, Dr Michael Irwig of George Washington University said, “in an era where more and more men are being tested for ‘Low T’ there is very little data about the men who have borderline low testosterone levels." He went on to say, “We felt it important to explore the mental health of this population.”

In men, testosterone levels peak at about age twenty, then begin to slowly decline as we age. If this decline results in a testosterone deficiency (Low T), men can experience depression, loss of sex drive, erectile dysfunction, muscle loss, weight gain (especially around the waist) and a host of undesirable symptoms previously accepted as a natural extension of the aging process.