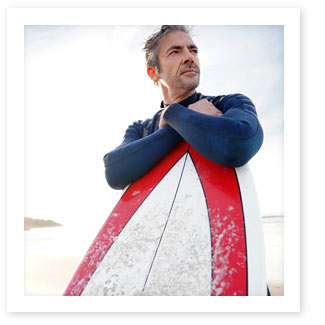 As men age their testosterone levels can decline dramatically. For decades, the mainstream medical community has regarded this decline as a natural part of the aging process. But a new study, presented at the 94th Annual Meeting of the Endocrine Society, found that this drop in testosterone levels over time is more likely brought on by changes in lifestyle, health-related behaviors, and the overall physical health of the individual.

According to Gary Wittert, MD, professor of medicine at the University of Adelaide and co-author of the study, "Declining testosterone levels are not an inevitable part of the aging process, as many people think.

Very few population-based studies have tracked the changes in testosterone levels among the same group of men over time. Here, the authors measured testosterone levels in 1,382 men between 35 to 80 years; with an average age of 54. When researchers analyzed the data by subgroups, they found that, over time, certain characteristics were more common among men with lower testosterone levels.

"It is critical that doctors understand that declining testosterone levels are not a natural part of aging..." - Dr. Gary Wittert

Declines in testosterone were more prevalent among men who had become obese, had suffered from some level of depression, and those who had stopped smoking. It should be said that, while giving up cigarettes may result in a slight decrease in testosterone; this is seen as a small price to pay for the enormous health benefits gained by quitting.

Testosterone is important for many bodily functions, including maintaining lean muscle, decreasing body fat, especially around the mid-section, and promoting healthy sex drive and sexual function. "It is critical that doctors understand that declining testosterone levels are not a natural part of aging and that they are most likely due to health-related behaviors or health status itself," Dr. Wittert said. Low T is a condition that can be easily treated. Restoring testosterone to normal levels can help to promote a healthy lifestyle and restore youthful vitality.