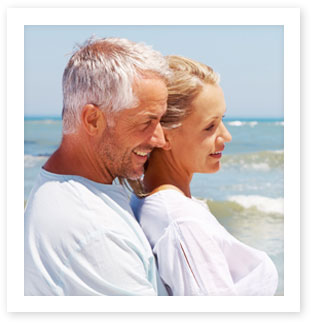 A recent article in Newsweek Magazine describes how, for the first time, a small clinical study has shown that it may be possible to reverse someone’s biological age with a combination of Growth Hormone, Metformin and DHEA.

The study analysis, conducted by UCLA geneticist Steven Horvath, effectively reversed the subjects’ “epigenetic clock” by an average of 2.5 years. An epigenetic clock is a biochemical test that measures DNA methylation levels as a way to measure biological age. This innovative test has uncovered many novel aspects of aging and is challenging concepts of aging that we have long accepted as true.

In addition to this apparent “biological age reversal”, subjects' immune systems seemed to rejuvenate as a result of treatment with the Growth Hormone, Metformin, DHEA combination. The popular diabetes medication Metformin was already being tested by scientists to determine its impact on age-related diseases.

"I'd expected to see slowing down of the clock, but not a reversal," Horvath said. "That felt kind of futuristic."

Even the scientists who conducted the study were surprised by these findings, though some are urging caution as the results are still preliminary. Cell biologist Wolfgang Wagner, of the University of Aachen in Germany, said that since the study group was small it’s difficult to draw firm conclusions.

The initial research, led by Immunologist Gregory Fahy of Intervene Immune in Los Angeles, tested a combination of diabetes medications and growth hormone on nine men between the ages of fifty-one and sixty-five. Initially, the study's objective was to observe the effectiveness and safety of using growth hormone to restore tissue in the thymus gland, which is vital for efficient immune system function.

Later, Fahy asked Steven Horvath to analyze the results to determine the impact of the treatment on the subjects' biological age. Horvath said the results showed that "the biological effect of the treatment was robust." "Because we could follow the changes within each individual, and because the effect was so very strong in each of them, I am optimistic," Horvath said.

While receiving the treatment, researchers took periodic blood samples from the subjects. Testing showed that each patient had rejuvenated blood-cell counts during and after the study. Researchers also found that built-up fat had been replaced with regenerated thymus tissue in seven out of the nine patients.

At the conclusion of the study, Horvath analyzed the patients' biological markers and determined that standard indicators of aging had not merely slowed but had actually reversed. Larger study groups and further testing is needed to determine how this combination of drugs impacts aging. But according to Herriot-Watt University cancer immunologist Sam Palmer, the study "has huge implications."