Restoring Testosterone Lowers Your Risk of Heart Attack and Stroke

The most recent and most accurate science shows that normalization of Testosterone levels is associated with a reduction in adverse cardiovascular events. 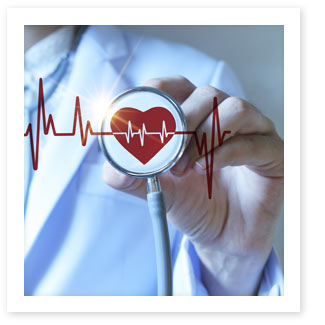 A recent, comprehensive study of more than 83,000 patients in the Veterans Affairs database found that men who had their testosterone levels restored to normal had a lower risk of heart attack, stroke, or death from any cause, versus subjects whose Low T was not treated. These findings call into question the conclusions of a much-cited VA database study of 8,700 veterans published in JAMA in 2013 which suggested that testosterone may negatively affect cardiovascular health; the very study that initiated the hysteria surrounding testosterone and cardiovascular health.

Authors of the present research suggest that the questionable conclusions of the 2013 study might stem from the choice of patient populations and research methods. That study only included men who had undergone coronary angiography, a high cardiovascular-risk population. In fact, 20% of that study group had already suffered a prior heart attack. Common sense would suggest that study subjects who are at higher risk for heart attack and stroke would have a higher than normal incidence of heart attack and stroke regardless of what you’re studying, be it testosterone or toothpaste! In addition, the new VA study included a much larger group of subjects - almost ten times larger - with a much longer follow-up period ranging from 4 to 6 years.

The new study analyzed data on more than 83,000 men with low testosterone who received care between 1999 and 2014. In this study, unlike the previous study, researchers took into account a wide variety of factors that could affect cardiovascular risk. These included the patient’s age, BMI (body mass index), the presence of chronic diseases, LDL cholesterol levels, and the use of statins, beta blockers, and aspirin.

Researchers divided the subjects into clinical groups. One group included men who had their testosterone restored to normal levels, where another group was untreated and remained at low levels. The results showed that the men who had their testosterone levels restored were 24% less likely to suffer a heart attack, 36% less likely to have a stroke, and 56% less likely to die during the follow-up period compared to those men whose Low T was left untreated. So, the truth is, for those who have not already had an adverse cardiovascular event, results suggest that Testosterone Replacement Therapy can significantly decrease your risk for heart attack and stroke. And that’s great news for men everywhere.

While the new study results demonstrate the substantial benefits of Testosterone Replacement Therapy on men’s overall health and longevity, researchers stress the need for appropriate screening, dosing, and follow-up in order to maximize the benefits of the therapy. It’s important to be evaluated and treated by a physician with experience in testosterone therapy. Though they may be highly educated and very competent, your family doctor is not a hormone therapy specialist.