Experts reveal that giving testosterone treatment to overweight men on a diet helps them shed fat, but retain muscle. 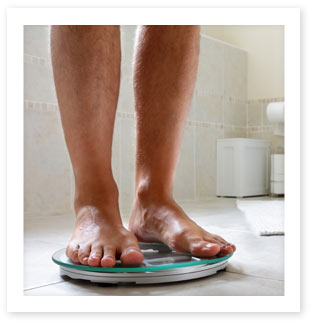 In a recent study presented at the annual meeting of the Endocrine Society, researchers confirmed (as we all know) that losing weight by dieting often depletes both fat and muscle, but found that giving dieting men testosterone injections allowed them to retain the muscle while shedding the fat.

According to researchers from the University of Melbourne, 40% of obese men have low testosterone. Dr. Grossmann, the study’s author, said: “There is an epidemic of obesity and related functional hypogonadism, yet testosterone treatment remains controversial.” He went on to say that the study showed, for the first time, that among obese men with Low T, testosterone replacement therapy amplified the diet-induced loss of fat - at the same time preventing the loss of lean muscle mass.

His team of scientists directed a clinical trial of one hundred fairly healthy obese men age twenty to seventy years with low testosterone levels. Furthermore, 20% of the subjects had diabetes, and 10% had heart disease.

"Those receiving testosterone therapy amplified their
fat loss while preventing the loss of lean muscle."

All subjects were placed on a strict 600 calorie per day diet for the first 10 weeks of the study. They were encouraged to perform moderate exercise for at least 30 minutes per day and to abstain from drinking alcohol. From the 11th week on, participants followed a maintenance diet. But 49 of the men in the study group received injections of intramuscular testosterone, while the remaining 51 participants were given a placebo.

At the end of the 56 week study, both groups lost weight, but the men who also received testosterone treatment lost “almost exclusively” fat, while men given placebos lost both fat and muscle. Researchers found that dieting men given testosterone injections lost 6.6lbs more than the men taking placebos – and maintained their muscle mass, while the men on placebos lost 7.7lbs of muscle.